AZUELOS, THE GEM OF MOROCCO Who said prestigious jewellery houses had to be in Paris or New York? Some prefer the refinement of Casablanca and the aestheticism of Rabat.

For over a century, Azuelos has been combining Moroccan traditions with Western styles to create some of the most beautiful necklaces, earrings and rings in Morocco. 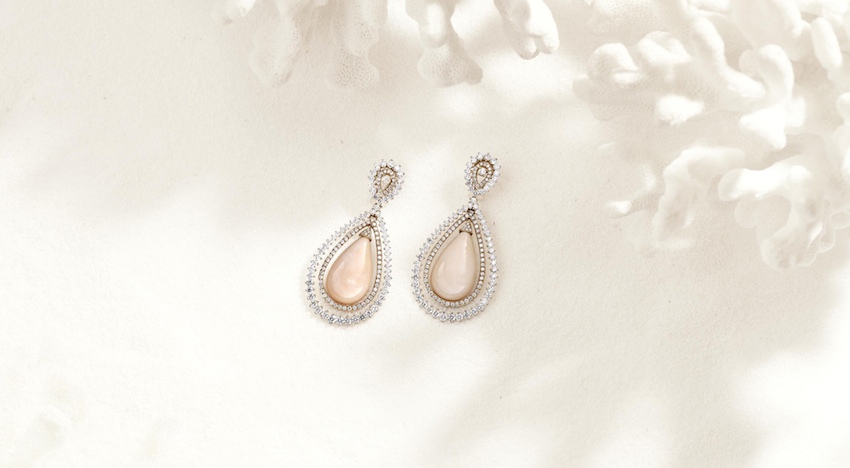 The company’s founder, Fes-born Isaac Azuelos, opened his first boutique in 1920 in Rabat’s historical centre in the famous Souiqa merchant’s district. Before long, he had become an emblematic figure of the jewellery industry, heading the guild and acting as its spokesman. Issac’s son followed in his footsteps, learning the ropes from his father, then training in a Parisian workshop on rue du Quatre-Septembre, a stone’s throw from Place Vendôme.

Putting Moroccan refinement on the map

Once back in Rabat, Joseph opened his own boutique, La Turquoise, under the arcades of the prestigious avenue Mohamed V: “Over the last 60 years,” he says, “I’ve both participated in and observed Morocco’s jewellery revolution. At Azuelos we’ve made it our business to transmit our rich cultural heritage through modern jewellery designs. It’s our identity; it’s what we do best.”

Intrigued? Check out one of Azuelos’s five boutiques in Rabat and Casablanca. PANTONE JUST RELEASED THEIR COLOR OF THE YEAR FOR 2019

Let customers speak for us

This ring is beautiful, I wear it daily and get lots of compliments on it. Nice size sapphire!

I love my new ring, and have been wearing it since I got it a couple of weeks ago. I am not allergic to it, thank goodness, so it must be high grade sterling silver. The sapphire is a beautiful blue and the cubic zirconias look like diamonds. No one would know. I am very satisfied with my purchase and if you buy it I am sure you will be very happy like I am. So don’t be afraid.

Very nice product. Love it. My usual ring size is 5.75 (US). I ordered a size 6 and that fits very well. It would be even better if it can come with a pouch and if the delivery time can be shorter. (It takes 2-3 weeks to get to Canada.)

I love my ring!! The size is perfect!!